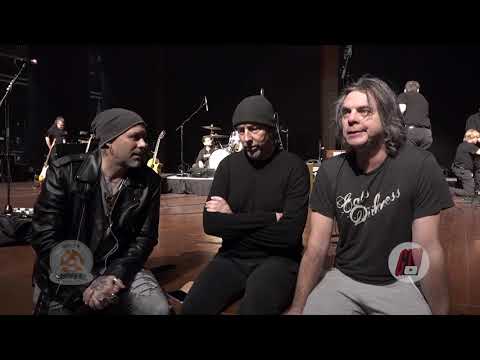 37 views
1 min read
Watch LaterRemove Cinema Mode
FacebookTwitterEmail
The Band 54-40 has been a staple in Canadian Music since the 1980’s. The band formed back in 1981 and have written such hits as “Baby Ran” “I Go Blind” (which Hootie and the Blowfish covered), “One Gun” and “Ocean Pearl”. Through the 80’s and 90’s, 54-40 where on regular rotation at Much Music and defined a style and sound for Canadian music. Originally from Tsawwassen BC, the band has played and toured the world. Between 1995 and 2016, 54-40 was among the top 150 Selling Canadian Artists.

With new songs and a new album that came out in 2018- the Industry 45 Podcast Show caught up with Neil Osborne and Brad Merritt when the band played a recent show at the First Performing Arts Centre in St. Catharines.