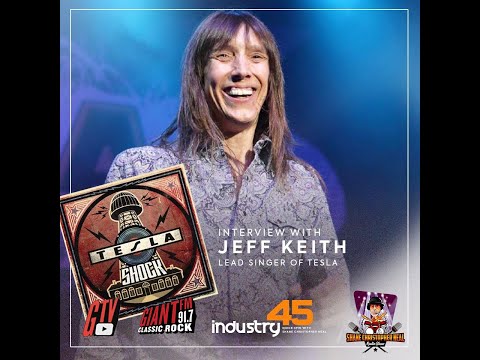 110 views
1 min read
Watch LaterRemove Cinema Mode
FacebookTwitterEmail
Tesla’s first album came out in 1986 with Mechanical Resonance, in 1989 Great Radio Controversy had the hit “Love Song” and in 1990 the band made it big on MTV and Much Music with the 5 Man Acoustical Jam that included the hit and Remake of the song “Signs”. That album was taped live for TV at the Trocadero Theatre in Philadelphia.

In 2019 Phil Collen of Dep Leppard produced the “SHOCK” Album and now in 2020 5 Man London Jam was released after being recorded at the famous Abbey Road Studio’s in London.

On this edition the Industry 45 Show Shane talks to Lead singer Jeff Keith about Tesla’s past. The importance of the 5 Man Acoustical Jam album, working with Phil Collen and also about what life is life during COVID 19 and what the band is doing during this down time and finally about Jeff’s singing voice and how he keeps It so great!