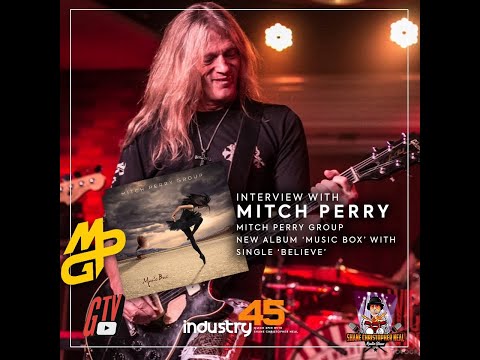 30 views
1 min read
Watch LaterRemove Cinema Mode
FacebookTwitterEmail
Mitch Perry, legendary Los Angeles guitarist, has been working alongside some of the world’s most renowned and popular musicians for over 25 years. He has toured with the Michael Schenker Group, Lita Ford, David Lee Roth and Cher and recorded with Glenn Hughes, Talas, Faster Pussycat, Keel, Frankie Miller, Heaven and Graham Nash – to name but a few! You may know him best from Heaven’s recording of MTV favourite “Knocking on Heavens Door”.

Mitch has recorded on over 60 albums including Aerosmith’s Classics LIVE album. The Mitch Perry Group has a brand new album and new single called “BELIEVE” Something we all need to hear during these trying times. The Industry 45 Podcast Show recently chatted from Mitch from Los Angeles.