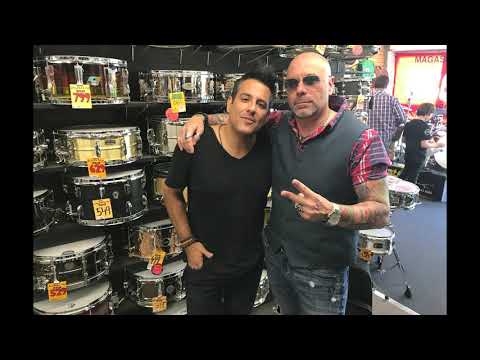 9 views
2 min read
Watch LaterRemove Cinema Mode
FacebookTwitterEmail
Rich has recorded 27 #1 hits and played to millions of fans in arenas and stadiums around the world. As a twenty year veteran of the Nashville music scene he has also toured, recorded and/or performed with these incredibly talented artists:

Shane has known Rich as a friend for about 5 or so years and have interviewed him a few times the last one being summer 2018 in Toronto. Rich is the bomb when it comes to the music business, he has a motivational speaking company, drum clinics and has a tool –Drumming in the Modern World- that he offers which is incredible (website is attached) –he’s high energy! And super awesome ! he also represents the 1225 Label Group as a part owner which just signed Honeymoon Suite out of the UK.