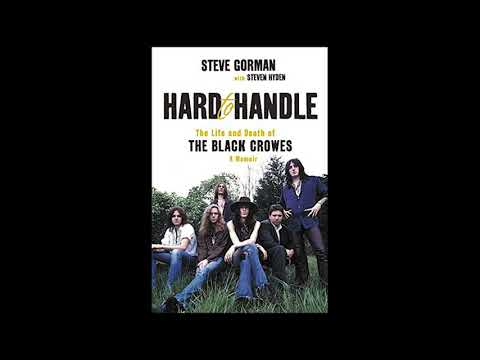 6 views
1 min read
Watch LaterRemove Cinema Mode
FacebookTwitterEmail
The Black Crowes created one of the most influential albums of the 90’s with Shake Your Money Maker! They followed that up with arguably their best album ever with The Southern Harmony and Musical Companion, an album that debuted at #1 on the charts.
Drummer Steve Gorman has written a killer Memoir titled “Hard to Handle–The Life and Death of The Black Crowes”

Shane Christopher Neal of the Industry 45 Podcast Show for Giant TV had a chance to sit and chat with Steve about the Book, about the albums, about the drugs, alcohol and life playing in one of the most destructive bands of all time. We talk about Aerosmith, Jimmy Page, ZZ Top and some of the great tours The Black Crowes were on.

Steve also shares a great story about opening up for HEART in HAMILTON and what happened after the show —you won’t believe it!! (A SHOW I WAS AT!)


Steve always says “ The Black Crowes are what I do—-not who I am!” Let’s find out who Steve is!!