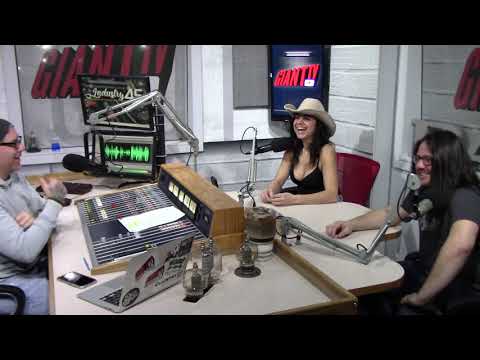 34 views
2 min read
Watch LaterRemove Cinema Mode
FacebookTwitterEmail
If there’s one thing Suzi Kory has taught me in the years I’ve known her, it’s to be persistent… take risks and go for what you want in life! Born in Beirut, Suzi is now a Toronto based Country Artist who’s beginning started with Rock and the love of Guns and Roses – especially Axl Rose. Suzi took a road trip to Malibu to meet her idol, and made it happen! Suzi has worked with John-Angus MacDonald (The Trews) learning her craft as a songwriter and artist. She ventured into the Rock Scene playing Toronto clubs and also getting an opening gig at the World Famous Whiskey A-Go-Go in West Hollywood opening for LA GUNS. Through a friend named Igor Vidyashev (a professional photographer) she met Brent Woods (Sebastian Bach, Taylor Hawkins, Vince Neil). Brent would help Suzi find her song writing skills and made her realize that she was most suited as a Country Artist. Brent has produced a number of singles that will eventually make up the “Love Revolution” EP – her latest is “Settle of the Dust”.

Shane Chrisopher Neal, host of the Industry 45 Podcast Show on Giant TV sat down with his friend Suzi to talk about this amazing journey and concludes with a conversation about her new single. She also performs with the help of Chris Bray “Secret Garden”.

The Industry 45 Podcast Shows intro music is provided by THE MAYSIDES. Check them out on Facebook and Instagram.